In the poem, ‘Map of Venice’, Richard Gwyn evokes Italo Calvino’s notion that ‘the city reveals only a possible version of itself, one of many.’ Soon after, in the same poem, he draws on a second realisation, that ‘what is being described in all these false turnings, darkened doorways, dead ends… is simply a map […]
To access this content, you must be a subscriber to New Welsh Review. Subscribe today Existing subscribers, log in to view this content.
Subscribers only 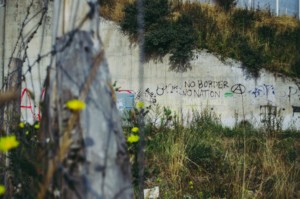 ‘Scattered’ is a play written by Tim Baker and directed by John Young. It was staged at Chapter Arts Centre in Cardiff on 3 and 4 February, and at The …