It’s just over a decade since I first met the photographer Dan Wood. I was gathering footage for a student film about creativity in our hometown, Bridgend, when he agreed to an interview. The documentary was supposed to be an antidote to the negative press coverage heaped on the town during the spate of suicides […]
To access this content, you must be a subscriber to New Welsh Review. Subscribe today Existing subscribers, log in to view this content.
Subscribers only 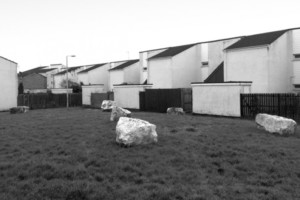 Views of the Wildmill Estate

Equipped only with a black iPhone, he enters the estate via a tunnel below a Victorian railway bridge. The road along which he is walking is called Ce …

Gwen Davies on recent fiction in English from Wales, Robin Chapman on the rejection of politicisation in Welsh-language literature since devolution, S …