When John Pikoulis published Alun Lewis, A Life in 1984 it was with the intention of reviving interest in a poet whose work, he felt, had been unduly neglected since his death forty years previously. In the course of researching the biography, John Pikoulis discovered two facts about Lewis’ short life which were to cause […]
To access this content, you must be a subscriber to New Welsh Review. Subscribe today Existing subscribers, log in to view this content.
Subscribers only 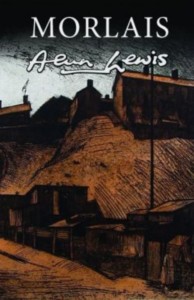 Morlais is a Bildungsroman written by Alun Lewis in the mid to late 1930s and published here for the first time. It tells the story of Morlais Jenkins …