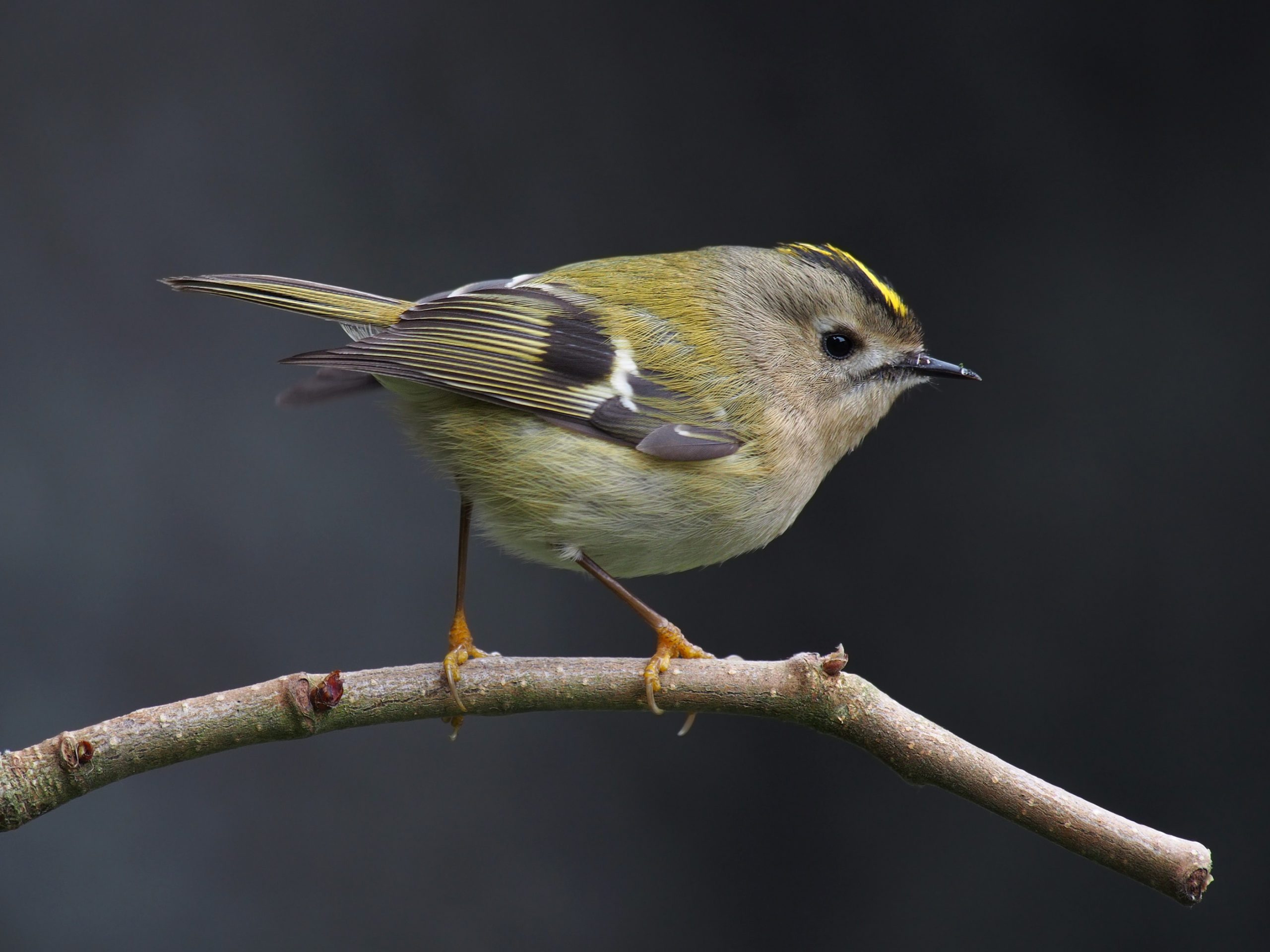 Tŷ Nesaf, Bardsey (Ynys Enlli), May 2011 After breakfast, I sit for a while at the blue-checked cloth of the kitchen table, a small glass vase of lemon balm, mint and rosemary at its centre, and look out towards the lighthouse. The green wooden door of the temporary island home I share this week with […]
To access this content, you must be a subscriber to New Welsh Review. Subscribe today Existing subscribers, log in to view this content.
Category: Essays
Tags: Bardsey Island, birds, migration, nature 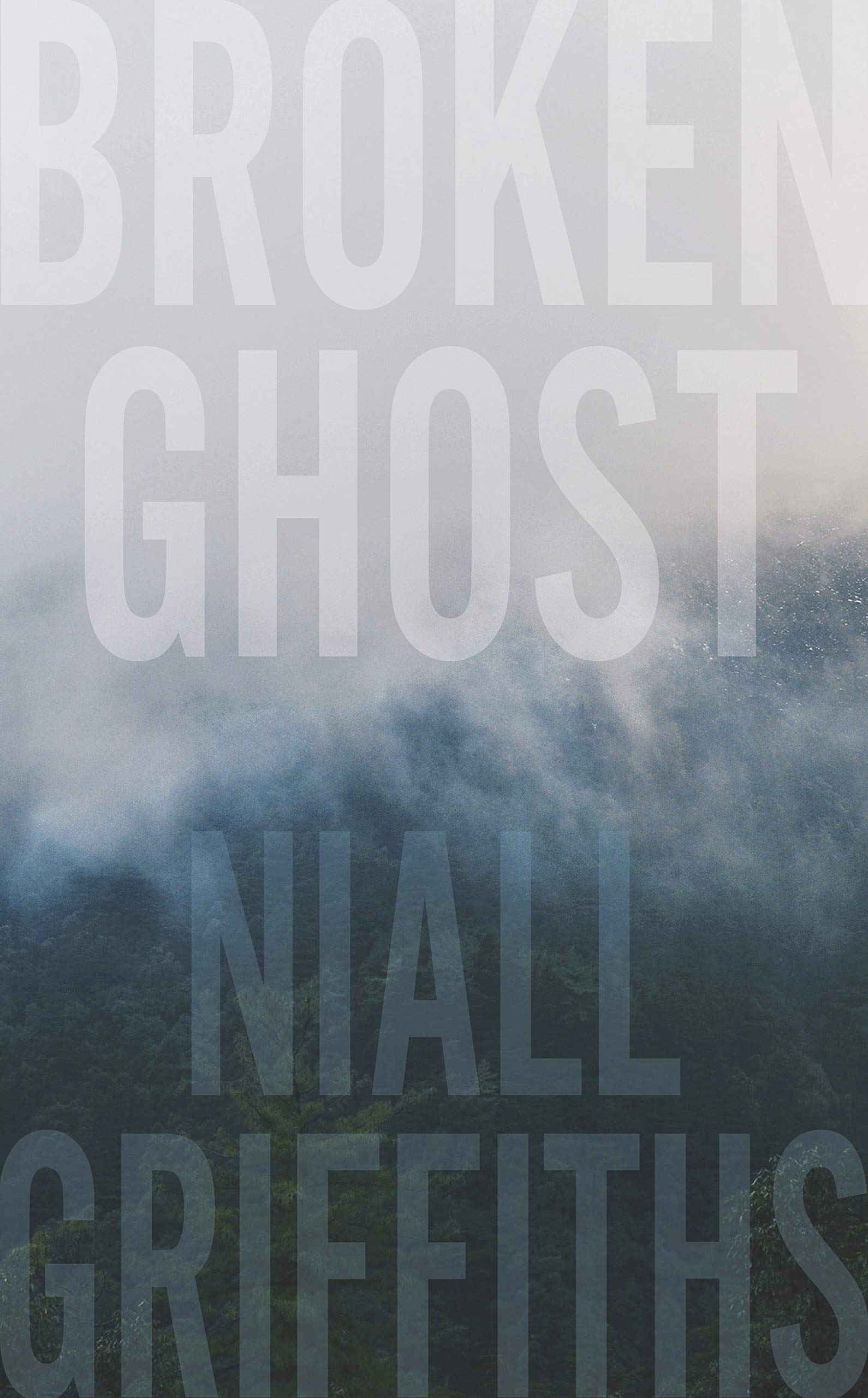 My first encounter with Niall Griffiths – picking up Sheepshagger a few years ago after one too many recommendations – was a profound reading experience. There is an unprecedented authenticity of Welshness in Griffiths’ work and it is as impressive as ever in his most recent novel, Broken Ghost. His characters are people I know, […]
To access this content, you must be a subscriber to New Welsh Review. Subscribe today Existing subscribers, log in to view this content.
Category: Reviews
Tags: death, rehab, sociology, violence, Wales

Resist: Stories of Uprising charts the milestone moments of defiance in British history – from quiet personal stands to frenzied and uncontrollable explosions of collective resistance. As part of Comma press’ History-into-Fiction series, each event is cast into fiction before being profiled by an academic, providing the book with three-dimensional rigor.

The book’s editor, Ra Page, takes a broad-brush approach to the selection process. Bidisha imagines ‘Boudica’s Rising’, Anna Lewis teases the contexts out of the Merthyr Protests of 1831, and Gaia Holmes take a deep dive into the Newbury Bypass protests of the 1990s (that famously made ‘Swampy’ a national figure). This is a substantial tome and, in all, twenty events are brought to life by forty diverse voices.

There’s an urgency to this publication that can be viewed within the hyper-current jacket sleeve that references ‘unlawful prorogations… casual race baiting by senior politicians, and a climate crisis that continues to be ignored.’ Equally, as Daniel Renwick chillingly points out about our present day: ‘through Hobbesian logic, the government, in collusion with the market, has created the necessary and sufficient conditions for a revolt.’

Resist’s Babel of voices seeks to map that ever-fractious relationship between state and individual in a bid to both educate and understand the anatomy of uprising. It counsels and incites, inspires and warns – and manages to pull it off without polemicising or by creating caricatures. You’ll find few spirited goodies and cartoon baddies within these pages.

In fact, one of the things that most impressed me about Resist was the uniform lack of ‘obvious choices’ taken by the writers. Page spells out the complex nature, the soup of variable conditions, that equals a groundswell of rebellion. Each of the writers takes that cue, providing the reader with rich new windows into moments of historical significance.

As is my usual untidy habit with short-story volumes, I headed straight to the story that interested me the most, which in this case was Julia Bell’s ‘Fear in Your Water’, a fictionalisation of Grenfell. Bell’s narrator suffers from severe mental disorder and this neat decision enables an atmospheric ambiguity as choking as the disaster’s notorious flames. Bell eschews (but references) the contexts and instead, leans into her theme, illustrating how madness is ‘sanitised out of society’ just as the poor are cleansed out of gentrified areas. Despite the impending tragedy, the reader is drawn into the protagonist’s unwitting self-protest, the rebellion of her senses, as the locus of the story and the cipher for all society.

Equally, SJ Bradley’s ‘Black Showers’, charting the Oxfordshire Risings of 1596, is brilliantly caustic. Her story hinges on the point in which protestors stood against landowners ‘enclosing’ (ie monopolising) land and resources at a time of extreme scarcity. Bradley’s unflinching depictions of the vigilante’s sentences are set against the move to make ‘enclosures’ illegal, making the sufferance of the condemned bitter indeed, ‘It had already started. Both men were being quartered by the hangman, working away at their insides with a long saw. Bradshaw screamed, his belly splashing blood into the air.’

Choosing this exact moment, one in which people suffered the most intense forms of punishment for protesting something that would soon become illegal itself, is a shrewd decision by the writer. The poignancy of these almost-forgotten events, and the individuals that made them, will stay with me for some time.

Similarly, Luan Goldie’s ‘The Done Thing’, shows how even near-contemporary events can easily be forgotten or subverted. Goldie’s story is set in the present day and sees a working-class family studiously ignore the significance of their gran’s achievements as a Dagenham Ford Factory striker. In fact, Gran herself is non-plussed, ‘All those hours on that bloody picket line, standing there trying to fight for something I wasn’t even that bothered about.’ Because, as Dr Jonathan Moss points out, we’ve thrown the Dagenham strikes through the rose-tinted gloss of Hollywood, imagining a cast of ‘plucky and homely [women], all saucy jokes and sixties clichés’. The real Dagenham strikers achieved nowhere near equality, just a meagre seven per cent pay-rise. Goldie’s depiction bristles with the loss of personal meaning. Of course, the strikes started something significant but the striker’s own personal circumstances were barely changed, and their ‘self-understanding over what they had done’ was minimal. Goldie’s clever narrative warns against the reductive and mendacious nature of historical revisionism.

The whole book carries these nuances beautifully. Looking back, this book says, is to some extent, reading the tea-leaves. Protests, Ra Page tells us, can be organised by governments as foreign policy interventions. They can be one person’s celebration, another’s blind fury. For some, uprising provides voice and for others, an outlet for destructive stimulus. Sometimes history is decisively made in those moments, but sometimes (as was the case with Dagenham), historical events are stepping-stones, and so quiet that they don’t even know they are happening.

This book is not so much a history book as it is a pathology of the human condition, of the contracts that we invisibly abide by and what it takes to break them. A fascinating and Gordian read – and salient too, for our fraught times.

Jemma L King won the Terry Hetherington Young Welsh Writer of the Year Award and was shortlisted for the Dylan Thomas Prize and the Wales Book of the Year Roland Mathias Prize for her debut poetry collection, The Shape of a Forest (Parthian). She lives in Wales with her husband and is currently working on a new poetry collection and novel. 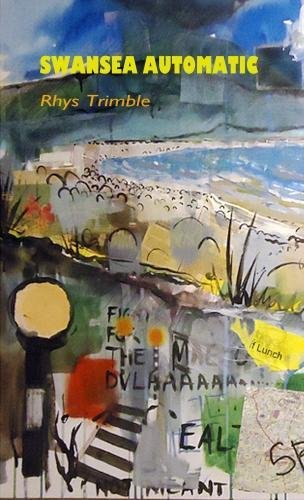 How does a colour become a symbolic colour? How does a place become a symbolic place? Why is this book about SWANSEA and not ABERYSTWYTH or LONDON? In 1835, in a civic-minded effort to raise the town’s intellectual high-water mark, a group of Swansea industrialists, intellectuals and amateur scientists established the ‘Swansea Philosophical and Literary […]
To access this content, you must be a subscriber to New Welsh Review. Subscribe today Existing subscribers, log in to view this content.
Categories: Opinion, Reviews
Tags: experimental, industrial, Royal Institution of South Wales, Science, Swansea 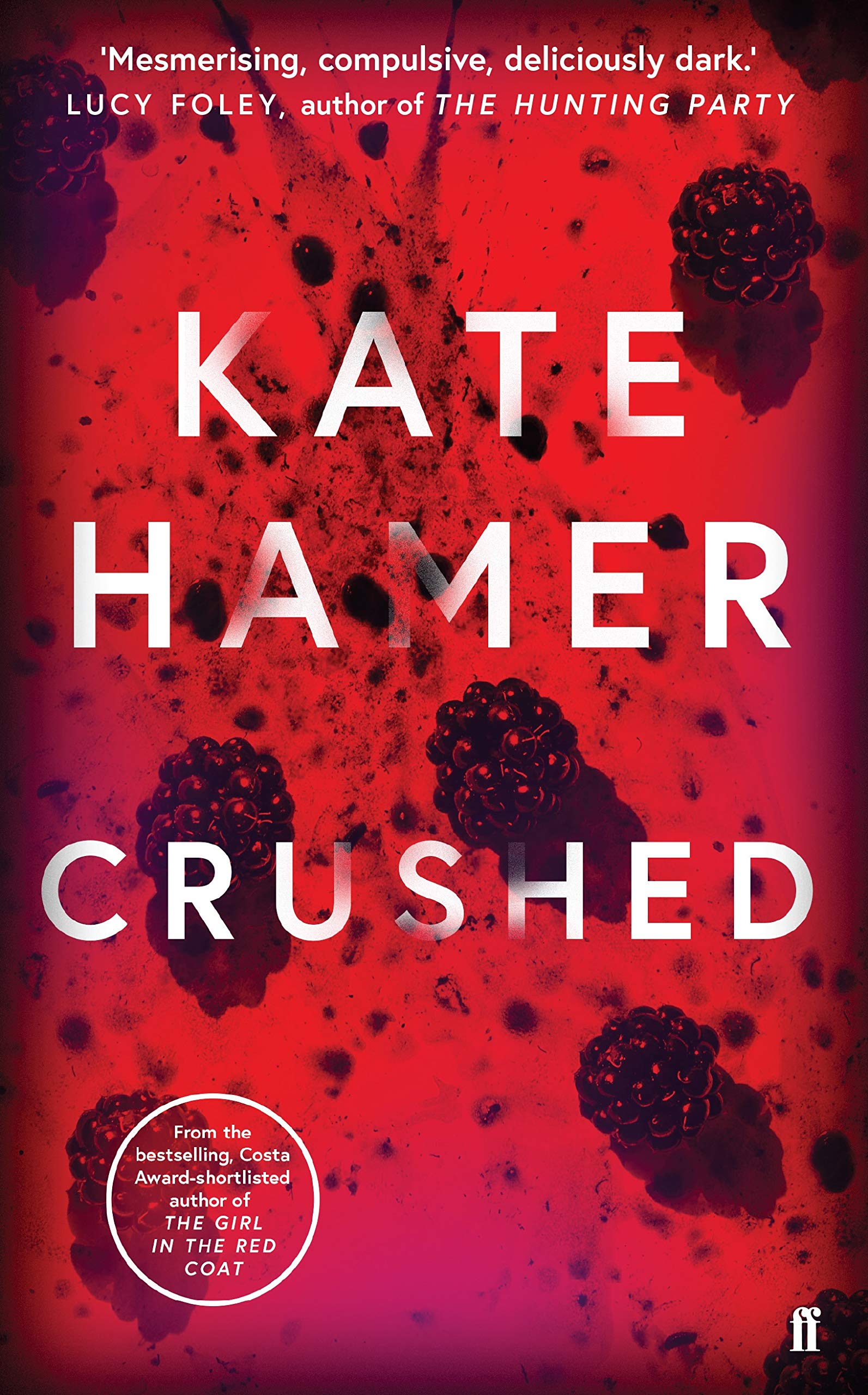 Kate Hamer’s Crushed is the story of three young girls studying at sixth-form. Phoebe, the bad girl, the troubled ‘pixie’, believes she is capable, through a cursed copy of Macbeth, of causing events by imagining them: willing them into being. Her friends, Orla and Grace, have their own issues. Grace is caring for her mother […]
To access this content, you must be a subscriber to New Welsh Review. Subscribe today Existing subscribers, log in to view this content.
Category: Reviews
Tags: commercial fiction, fiction, illness, novel, sexuality, Shakespeare, Young Adult 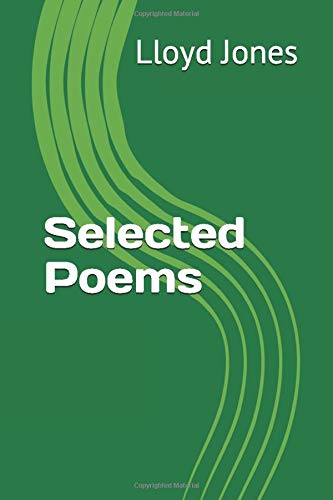 Most published poetry books contain perhaps three dozen poems. Lloyd Jones’ self-published ‘selection’ from three also self-published e-books contains about 140 poems. That’s a lot of versification, and it makes your first thought a not altogether kind one: is this book thick because it had no editor, no honest appraiser? The poems, which are mainly […]
To access this content, you must be a subscriber to New Welsh Review. Subscribe today Existing subscribers, log in to view this content.
Category: Reviews
Tags: poetry, sexuality, Wales 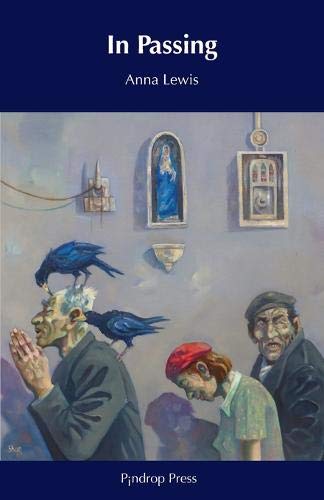 Energy cannot be made or lost Only transformed – then every word she spoke Must remain somewhere in motion, While dispersed beyond retrieval. ‘At the Waggon and Horses’   Anna Lewis’ new poetry collection, In Passing, defies expectations. A follow-up from her award-winning debut collection, Other Harbours, Lewis introduces fresh and refined perspectives on history, […]
To access this content, you must be a subscriber to New Welsh Review. Subscribe today Existing subscribers, log in to view this content.
Category: Reviews
Tags: female, historical, immigration, nature, poetry, prizewinning 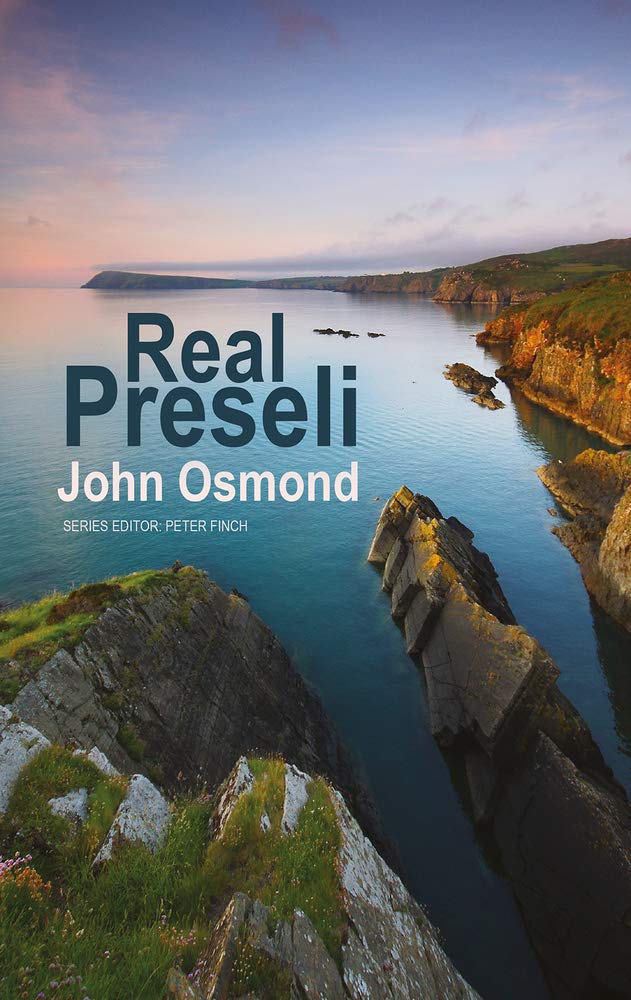 For many people, Preseli is a dragon’s spine of 1000-foot mountains (‘hills’, anywhere outside of the UK) topped by rocky outcrops that vaguely separates Narberth, the Milford Haven estuary and the beaches of Tenby from the less touristy sweep of north Pembrokeshire and Cardigan Bay. ‘The bluestones were used to build Stonehenge’ is about as […]
To access this content, you must be a subscriber to New Welsh Review. Subscribe today Existing subscribers, log in to view this content.
Category: Reviews
Tags: archaeology, Arthurian, historical, Industrial Heritage, Pembrokeshire, Preseli, travel, Wales 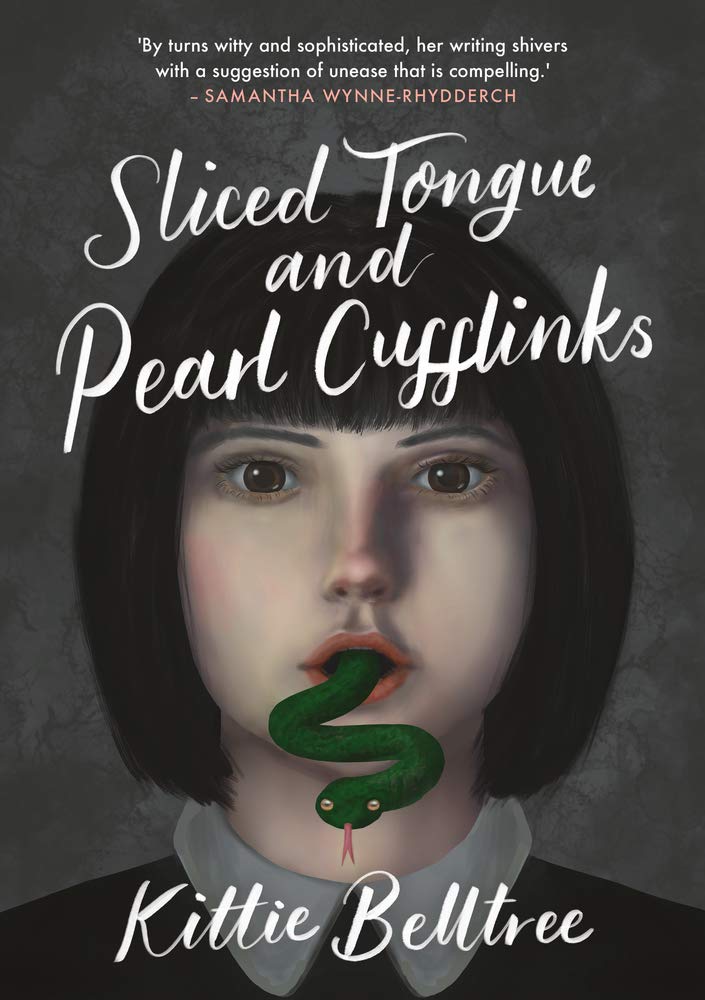 Kittie Belltree’s words, ‘so deep, so dark and dislocating, in the first poem of this collection, are no exaggeration. Reading it in one sitting evokes so many emotions, as Belltree flits from her anxious and somewhat bitter relationship with her mother to modern politics and the ‘social and moral decay’ she believes we have experienced […]
To access this content, you must be a subscriber to New Welsh Review. Subscribe today Existing subscribers, log in to view this content.
Category: Reviews
Tags: family, loss, mental health, poerty, politics, suicide 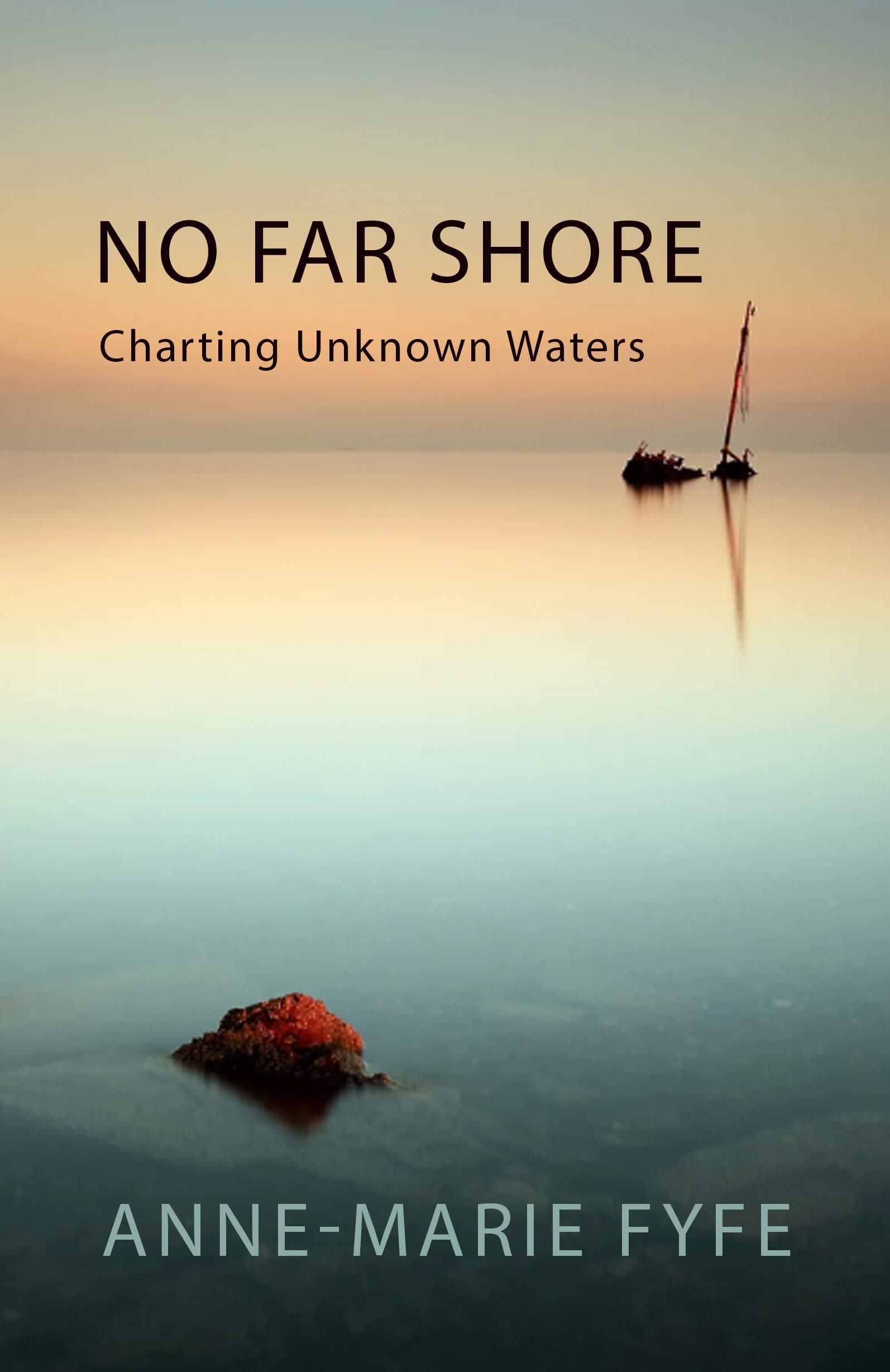