Gwen Davies grew up in a Welsh-speaking family in West Yorkshire, England. Her translations are the novels Martha, Jack and Shanco (Caryl Lewis, Parthian, 2007) and The Jeweller (Caryl Lewis, forthcoming). She is the co-translator, with the author, of Robin Llywelyn’s White Star (Parthian, 2003). She is the editor of Sing Sorrow Sorrow, Dark and Chilling Tales (Seren, 2010), an anthology of spooky contemporary stories based on myth, folk and fairytale by the authors of Wales. She lives in Aberystwyth with her family. She has a novel in translation forthcoming in September 2019 from Honno: The Jeweller by Caryl Lewis. Gwen became editor of New Welsh Review in March 2011.

Having grown up in Cwmbran and Abergavenny, Bronwen has lived and worked in London, Brighton, Belfast and Manchester. She received a BA (Hons) in Language and Literature from Queens University, Belfast and subsequently gained an MA from the University of Manchester (Late Victorian and Early Modern Literature: Ivor Gurney) as well as a further MA from the Metropolitan University of Leeds (Screenwriting for Film and Television).

Jemma is an alumni of the University of Wales and has worked in academic publishing, editing and lecturing for nearly 20 years. She was editor in chief of Wales’ largest archaeology journal for six years and more recently in 2020. The journal was produced annually for a print circulation of 500 members on behalf of the Council for British Archaeology Cymru, Wales – of which Jemma was a committee member for six years. Jemma managed peer review, membership, book reviews, marketing and publicity, text and graphics layout, indexing, subscriptions, publishing, printing and grant capture, and she has been on the editorial board of a number of other  academic journals and newsletters.

Jemma’s AHRC-funded doctoral research reconstructed the 12th century landscapes of the mid Wales estates of Strata Florida Abbey and she currently teaches history, archaeology and professional development at Aberystwyth University. Jemma is a Fellow of the Higher Education Academy, a member of the Chartered Institute for Archaeologists and a Fellow of the Society of Arts and Manufactures.

As a true ‘Cardi’, Jemma can be seen swimming or walking along the mid Wales coasts with her badly behaved dog Digger.

Andrew Green read Classics at Cambridge before coming to Wales to train as an academic librarian in 1973. He worked in university libraries in Aberystwyth, Cardiff, Sheffield and Swansea and in 1998 Andrew was appointed as the ninth Librarian of the National Library of Wales, a post from which he retired in March 2013.

Andrew has also served on many information and educational bodies, including the Council of Aberystwyth University, the Wales Advisory Committee of the British Council and the Legal Deposit Libraries Committee. A fluent Welsh speaker, he has published widely in both English and Welsh. In September 2014 Parthian Books published his book In the Chair: a how to guide groups and manage meetings, and, in 2019, he published Wales in 100 Objects, whose Welsh version, Cymru Mewn 100 Gwrthrych, won Wales Books of the Year the same year. In 2004, Andrew chaired the first strategic body concerned with the promotion of Welsh medium teaching in higher education institutions.

In 2013, Andrew was elected a Fellow of Cymdeithas Ddysgedig Cymru / The Learned Society of Wales. He is also a member of the panel of ‘Speakers for Schools’, a charity established by Robert Peston to encourage students in state schools to develop high aspirations.

Emily Blewitt is the author of This Is Not A Rescue (Seren, 2017). She has published poetry in The Rialto, Poetry Wales, Ambit, and The North, among others, and was Highly Commended in the 2016 Forward Prizes. Emily read English Language and Literature at St Hilda’s College, Oxford, and has an MA in Film and Literature from the University of York. In 2010 she returned to Wales to begin a PhD in English Literature at Cardiff University, where she specialised in poetic representations of pregnancy in nineteenth-century and contemporary women’s writing, and graduated in 2016. Emily has appeared at Hay Festival, on Radio 4, and participated in the Weird and Wonderful Wales project. One of her poems appears on public transport in three Chinese cities as part of a British Council initiative. Emily lives in Bridgend with her husband, Greg, and their young child. Photo by Michael Willett.

Warm thanks are also due to Ashley Joy Owen, our poetry submissions filter up to spring 2020, when she was appointed English Grants Officer at the Books Council of Wales.

David is Director of Corporate Resources at the National Library of Wales.

Matthew is a poet, novelist and short-story author whose many titles include The Mabinogi, published by Faber, which was shortlisted for the Ted Hughes Award for New Work in Poetry in 2018.

Ali Anwar is founder of CADCentre, a company that specialises in training for young people and learning software.

Alys lives in north Wales and teaches at Bangor University. Her debut novel, Pigeon (Parthian) won the overall prize and the People’s Choice prize in the Wales Book of the Year Awards (English titles), 2017. Her latest novel is Dignity (Weidenfeld & Nicolson).

During the academic year 2019-20, the following students of the Faculty of Arts and Social Sciences (FASS) at Aberystwyth University and the College of Arts and Humanities (CoAH) at Swansea University supported the magazine in various invaluable capacities: Erin Fitzpatrick; Gabriella Bosticco; Beth Thompson; Megan Davies; Freya Smith; George Jessup; Jamie Kenney; Oliver Heath; Amy-Ann Williams; Lee Tisdale; Issy Rixon; Mattie Little; Isaak Garb and Kyle Traylor (all AU), and Demi Roberts; Dafydd Harvey; Daniel Snipe; Desi Tsvetkova; Luanne Thornton and Jacob Powell (all SU). We thank them warmly for their work, and are delighted that many have since found permanent paid work elsewhere, aided by the confidence and employability skills gained with us. This is part of our wider mission to enhance diversity in the UK’s publishing industry. We work in partnership with GO Wales and Aberystwyth Forward at Aberystwyth University and with Swansea University employability services, and are ourselves employers sensitive to differences including those of neurology and mental health. During the coronavirus crisis, we assisted the universities by enhancing the digital experience that was available to students, especially those stranded in the UK or locally by lockdown. 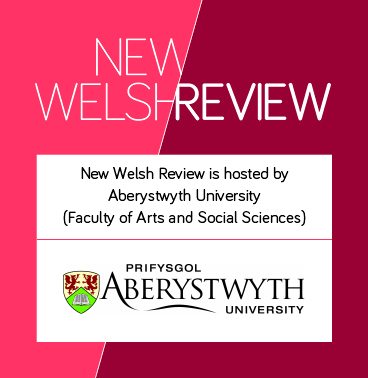 Thank you to our supporters who pledged in our Secure the Future of New Welsh Review in 2020.